This is a game that's not About Time! It's about the race against time. You play as a wizard who's collecting the final ingredients needed to complete his Potion of Immortality. He's tried to make this potion once before, and it went horribly wrong. But on the plus side, he now has the ability to make a more youthful, energetic clone of himself!

Using your clone to aide you, see if you can collect the 3 potion ingredients required to beat the game, and while you're at it, try to find the 3 hidden name fragments too!

Use the 'Arrow Keys' or 'WASD' to move

Press 'C' to create a clone of yourself

Press 'X' to travel through portals and pick up power-ups

Press 'Space' to use your power-ups. Each character can only have one power-up at a time

If you have the Ice Power-Up, you can press 'X' to turn a frozen enemy into a solid ice block that you can jump on. Don't like where an ice block is? Press 'X' again and you're free to push the block around once more

Press 'C' next to your clone to become whole again

Press 'R' to reset the enemies in the level

Press 'Esc' to go back to the main level

Update 12/17: This is unfortunately still a Work-In-Progress. However, this game is now close to being finished! Still missing:  Enemy movement patterns, Character animations, UI hints for players 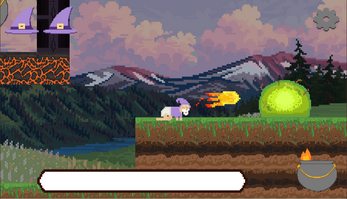 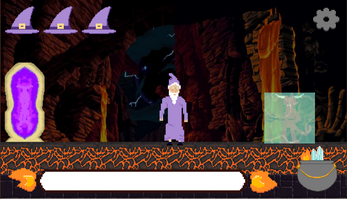 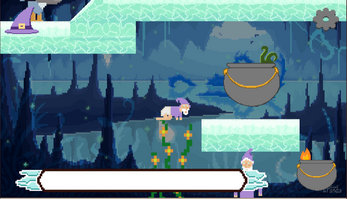 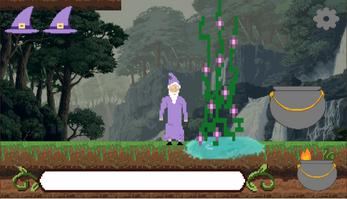